Learn how the TechOps team at USC Annenberg School for Communication and Journalism serves more than 3,400 faculty, staff, and students daily and earns an average CSAT of 98%.

Great schools of journalism and communication lead the way. That’s what Wallis Annenberg, President and CEO of the Annenberg Foundation, told the crowd of students, faculty, and media gathered for the unveiling of Wallis Annenberg Hall back in October 2014.

The hall is located at the heart of USC’s campus, and described by the Dean as a “pulsing, networked, fully collaborative space.” Indeed, with 23 classrooms, formal and informal meeting spaces, and a 20,000-square foot state-of-the-art Media Center, it undoubtedly is. Intended as a “laboratory for change,” the future-forward facility makes it possible for students to help define and shape the next era of journalism.

Yet great leaps forward require a lot of legwork and, in the 11 years since Ray Barkley joined the Technical Services and Operations (TechOps) team at the USC Annenberg School for Communication and Journalism, the team has been busy introducing and maintaining the latest technologies and infrastructure to the classrooms, offices, and multimedia studios used by more than 3,400 faculty, staff, and students daily.

Under the leadership of Associate Dean and CIO James Vasquez, the TechOps team of 27 staff members, plus student workers, has grown to support a range of services across a three-building environment, falling under five main categories: curricular support, administrative technology, facilities maintenance, multimedia production, and event services.

For a long time, and prior to the grand opening of Wallis Annenberg Hall, the TechOps Department functioned much as it did when it was much smaller and the requests were simpler. Back then, the team used basic methods to track requests and it worked well enough—until the volume and variety of requests began to feel unmanageable.

“We were using old-fashioned ways to track everything,” said Barkley, the department’s Operations and Budget manager. “If we got a specific request from a customer, for example, we would email the staff responsible for solving, and sometimes it was challenging for our customer service center to know what happened with the request. We needed a central system to help us track all of our support requests. Our CIO asked us to find a better way.”

That realization led them to Zendesk Support, which the TechOps team found to be the best match for what they needed functionally, and easy for everyone to use—including the temporary student workers. They also appreciated the support they received from Zendesk’s own support advocates during their evaluation period, and since.

“For me, one of the big things was that your customer service seemed really proactive,” Barkley said. “When we talked to people at Zendesk, we felt you could actually do everything you promised. We also looked at your customer base, and that spoke for itself because there were some big players using your system.”

The TechOps team found that Zendesk Support was easy to implement, train, and use.

It was October 2015 when the team decided to go with a ticketing system, and it needed to be rolled out before the spring semester began on January 11, 2016. Even with an implementation timeframe that spanned only two months, Elena Mirzaians, Operations and Communication Coordinator, reported back that staff and student workers found the platform easy to learn after just a few training sessions, and they were able to quickly get up and running.

“Efficiency was our top priority, so I programmed automations and triggers to use Support to its fullest capabilities,” said Mirzaians. “I was really happy with our training; it was a really good user experience. We held a couple of quick sessions, and after that everybody was off and running.”

Barkley and Mirzaians tried to minimize the impact for faculty, staff, and students submitting requests to the department. They continue to field requests through the channels their customers are used to—email, walk-ins, and the phone—but increasingly they direct people to their website.

“Now there’s a central mechanism where everything is tracked and nothing ever gets forgotten or lost,” Barkley said. “It’s improved our department in terms of customer service, increasing communication and allowing for instant feedback from customers.” 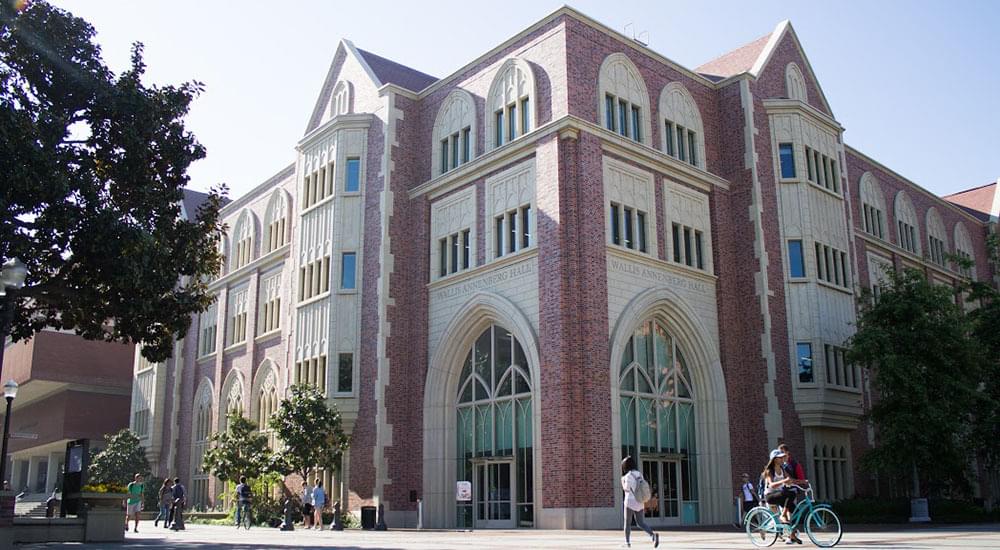 Since implementing Support, Barkley and the TechOps team has also been able to gain new insights into support requests and the team’s workflow. He explains, “We’re able to see our most common requests and have these requests broken down by users: faculty, staff, and students. It has also been interesting to see what days of the week and times of day we get the most tickets. Now, we’re able to schedule hours for our student workers based on when we have peaks in requests.”

The most common requests they’ve been able to put into a help center on the department’s website. The team has also been using the customer analytics built into the core Support product to focus on understanding and improving their first response to customers and overall time to resolution. Barkley said, “It has really helped us identify how long it takes to resolve a request. If something will take a week to fix, we want the customer to know that within a day of submitting a request. We’re now much better at providing follow-up to customers and setting their expectations.” Mirzaians adds, “Our new focus on staying connected with them has created a better customer experience.”

“Zendesk Support has been a huge success for us. The data we’re pulling from the system is fantastic, and we have more clarity on the requests we receive.”