Agility and the total cost of the customer experience 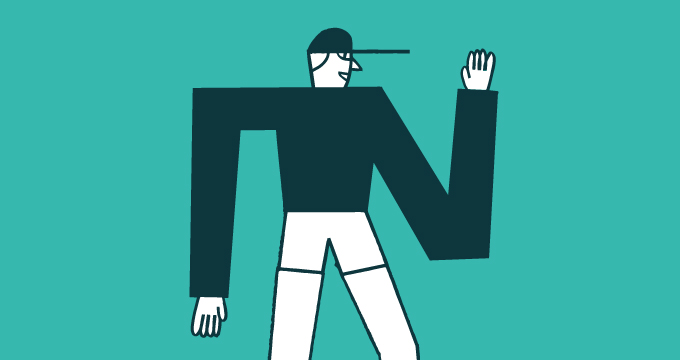 Total cost of ownership (TCO)—it’s a deceptively straightforward term for a complex, rapidly evolving landscape. Not to mention a central one: In the October 2017,Gartner CIO Survey 2018, 68 percent of CIOs (non-IT objectives, total sample, less public sector) cited optimizing enterprise operational excellence as a personal job objective. And what TCO means today is not what it meant even a few years ago. Aligning your understanding of TCO with the goal of delivering an agile customer experience is critical—to meeting evolving customer demands and to optimizing spending.

When it comes to support, customers increasingly expect nothing short of excellence, tailored to their individual preferences. Agile businesses adapt faster to changing customer expectations, keep up with evolving and multiplying internal systems, and respond to competitive pressures. In the Gartner CIO Survey 2018, 58 percent of CIOs (non-IT objectives, public sector) cited building business agility as a personal job objective. 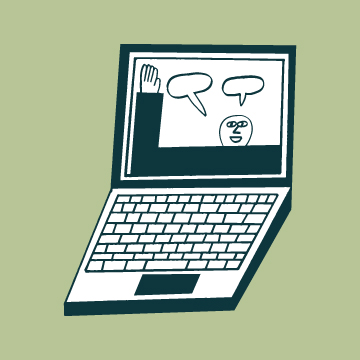 Agility saves time, and therefore money, and helps ensure that agents and administrators laser in on delivering an ideal customer experience. Unfortunately, many companies are still weighed down by cumbersome systems, reliance on highly specialized administrators for systems, and an expensive environment of nickel-and-diming. A July 2018 Gartner report, Optimizing I&O Costs and Investments Primer for 2018, states that infrastructure and operations (I&O) leaders “must proactively lead the charge to greater efficiency—doing current work better and faster—and increased productivity—adding more important, business-impacting activities as a result of improved efficiencies.”

Businesses must operate with the same agility as their customers. To get there, it’s critical to consider the Total Cost of the Customer Experience: People, Process, and Tools. 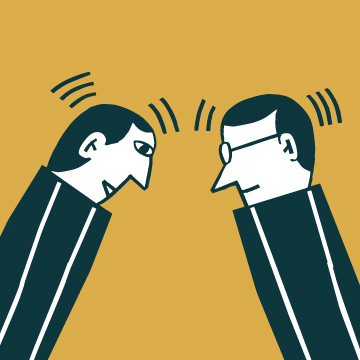 Enterprise-grade customer service teams are not agile by nature—they typically require expensive full-time teams of administrators and developers who have highly specialized certifications. The average fully loaded cost of a typical admin can exceed $80k, according to Glassdoor—very quickly this becomes hundreds of thousands of dollars of people costs for a business.

Complicating matters, their systems usually are not designed with the agent experience in mind. For one thing, they tend not to be intuitive. This has an adverse effect on agent efficiency and experience. Poor agent experience leads to attrition, frustration, and the need to onboard new agents. It’s a potentially disastrous chain reaction.

The real-world implications are clear in the case of Zendesk customer LendingClub, which works to reinvent the credit and investing landscape. This company’s raison d’être is helping people, but its old service configuration threw up constant barriers to the mission. In the past, when agents took a phone call, they had to create a new record, even if they’d spoken to the consumer before. Agents struggled to see work in progress or emails that had been assigned to someone to answer. It took multiple clicks to work through and document a call—with 50,000 tickets a month, those seconds added up to major time losses. (First Utility had a similar experience with its former platform, which, said Rob Harris, head of customer service platforms, “had a very convoluted interface, and the advisor experience was negatively impacted as a result.”)

Using Zendesk has brought agility into the agent experience. For example, it has allowed LendingClub to create specialty queues and prioritize time-sensitive customer emails. Zendesk helps send automated follow-up emails to customers, so that LendingClub specialists can focus on tickets that offer the most value to customers and the company. Triggers and a report that Andrew Jensen, director of payment solutions, calls “the ping-pong tracker” help minimize the number of touches on any ticket. This report uses Zendesk Support analytics to produce a list of tickets touched by more than three internal groups without any outbound email to a customer. This helps them achieve a major goal—to do everything possible to “surprise and delight” customers.

To help surface help center articles and anticipate customer questions, Jensen adds some of the most popular articles to automated replies with Answer Bot. “We’ve found that this has been a big lift,” he said. “Customers email when they need a bit of direction, and sometimes we can get the answer to them sooner than they expected.” LendingClub has established a self-service score of 11:1, meaning for every 11 visitors to the help center, only 1 ends up creating a ticket. 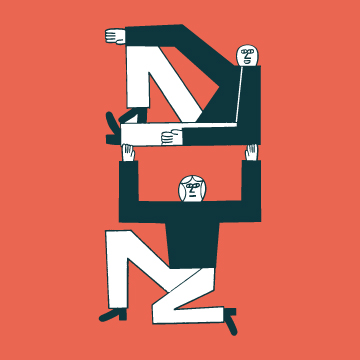 For a company to be agile, it must be able to quickly deploy and support new channels, have a process for onboarding agents painlessly, and be able to flexibly integrate new systems. Crucial also is the ability to focus on high-level priorities in order to remain competitive, in a fast and repeatable manner. With these capacities, companies have a competitive advantage when it comes to entering new markets, rolling out new products, and better meeting customers’ needs.

Threats to agility include common phenomena such as the reliance on IT and/or outside consultants for system changes, a focus on coding over configuration, and the inability to seamlessly integrate additional customer service functionality — which are all too common with established enterprise software vendors. Companies sometimes choose those legacy firms based on the choices of similar organizations, but Gartner’s report, Optimizing I&O Costs and Investments Primer for 2018, emphasizes the need for care: “Poor investment choices are costly and counterproductive, especially those that fail to understand the business need and to deliver meaningful value. Ultimately, it is not about what I&O wants to purchase or which technologies are most interesting, but rather what business outcomes are desired and what I&O investments they require.”

Zendesk customer Mediaocean offers brands, agencies, and media sellers in 77 countries a platform and products to manage and coordinate the entire workflow, from planning to payment, across both traditional and digital ad spaces. It experienced the problems of legacy systems firsthand, after it was acquired and given a mandate to move away from Zendesk and to a prominent CRM provider.

The first inkling of trouble with the rollout came during the implementation process, said Stephanie Dorman, Senior Vice President of Client Services: “The other system had some strengths, but for us, it was complicated and incredibly expensive. Every time we turned around, there was another unanticipated customization or charge.”

Case collision issues—when, unbeknownst to each other, two agents are working on the same ticket at the same time, duplicating efforts—were reducing agents’ productivity. Dorman explained, “This was a big deal because we’re very collaborative. We do a metric on ‘average number of tickets closed per day per rep,’ and this was declining because people were spending so much extra time on the process part of it.” What’s more, web portal usage dropped by 75 percent the first quarter after Mediaocean went live, which meant more calls were coming into the support desk. “Our clients were saying we didn’t have what they needed anymore,” said Dorman.

A matrix that Dorman and her team created to compare Zendesk against its replacement revealed that 90 percent of what they needed was available out of the box in Zendesk, but required costly, time-consuming configuration or customization from the other provider. With two years left on the other contract and hundreds of thousands of dollars eaten, Mediaocean agreed to let Dorman and team switch back to Zendesk. Everyone at Mediaocean cheered. Dorman said, “They literally stood up and clapped. It wasn’t just support—it was our account management team, our HR team.”

Both clients and internal agents are now using a knowledge base powered by Zendesk Guide. From the Zendesk Apps Marketplace, the team uses the CloudSET app to track 6 ticket component levels with thousands of possible combinations and manage client SLAs. Dorman noted that returning to Zendesk had a direct impact on agents’ morale—they particularly enjoy the clean ticketing interface and inline editing capability. With a satisfied team and user-friendly tools, Mediaocean maintains an agent attrition rate of less than 3 percent and can provide new hires with a knowledge base that helps strengthen and speed up the onboarding experience. 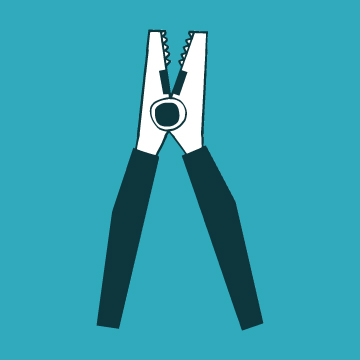 To deliver an agile customer experience, successful companies need modern tools that are built for usability and efficiency—tools that empower agents. The business models of legacy companies, however, freely incorporate things like usage-based charges for a critical modern tool: self-service. Forrester stated: “Cost is more than the deal you have on the table.” What’s more, the tools provided by legacy companies typically require specialized administrators; they are simply not set up to be simple.

The UK’s largest independent energy supplier, First Utility provides more than 800,000 homes with 1.7 million services from gas and electric to telephony and broadband. Its support team is sizeable: 700 advisors working across channels including email, phone, chat, and social media. Rob Harris, head of customer service platforms, likened its former platform to a Swiss Army knife “that evolved into a difficult to manage beast.” Ultimately, says Harris, the company “had a very convoluted interface, and the advisor experience was negatively impacted as a result.” Harris imagined the future with that old platform and concluded he would wind up in “a very restrictive place; uncomfortably dependent upon on a very complicated system that would only cost more as time went on.”

When Harris first evaluated Zendesk, it was the flexible and easy-to-build-on API that grabbed his attention. “I was very much in favor of the API—the very streamlined, lightweight interface that Zendesk provides—especially the flexibility that the framework afforded me to realize a new vision going forward.” Harris appreciated that developers could focus on using JavaScript rather than vendor-specific programming languages. He added: “In terms of day-to-day provisioning of users and setting up groups, macros, and triggers—that’s all simple to do, it’s clean, and it’s well understood.”

Back at MediaOcean, Dorman and team further extended Zendesk with a powerful integration between Salesforce and Support, with the help of Azuqua, one of Zendesk’s preferred data synchronization partners. Azuqua’s integration platform makes it easy to connect and deploy data between systems without the maintenance and overhead of IT admins. Mediaocean is also building a complex integration with JIRA—something the team hadn’t been able to accomplish before. “We love our integrated tools, and the portal is probably most important for me because we have invested a lot into building a knowledge base for our clients and our internal team,” said Dorman.

As First Utility continues to integrate its systems with Zendesk Support using the Zendesk developer platform, Harris uses one word to describe the new interface: simple. “It is far simpler to administer our Zendesk solution than it was to administer the [former] platform, partially because we’ve been able to clean up the interface and get rid of a lot of the old dead wood we had hanging around,” said Harris.

Total cost of ownership is inextricably linked with delivering an agile customer experience; optimizing spending and meeting evolving customer demands go hand in hand. People, Process, Tools are the three facets of TCO. When happy agents can be painlessly onboarded and are equipped with efficient, usable tools within a system that can quickly deploy new channels and flexibly integrate new systems, a company is well positioned to compete. 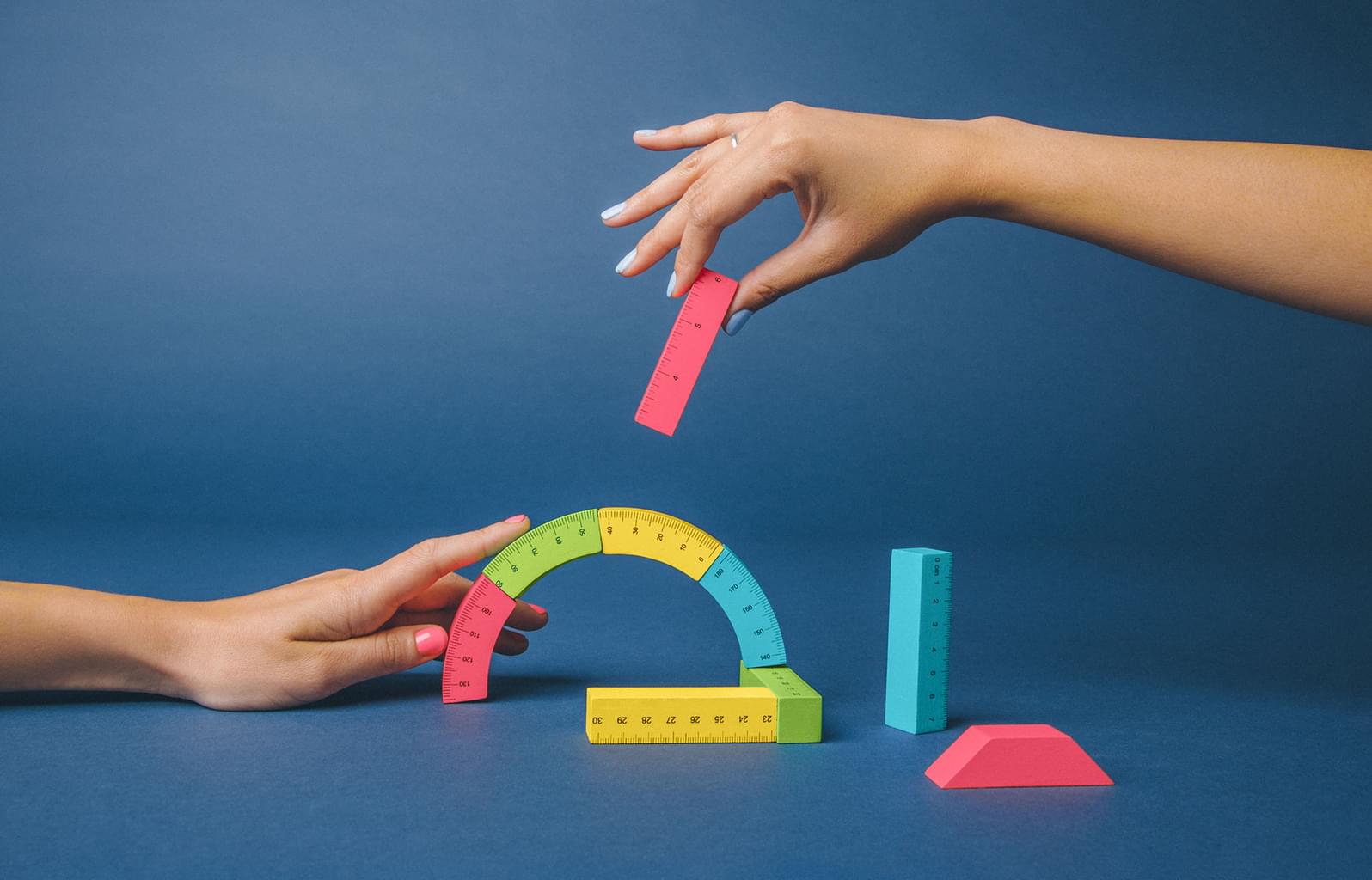 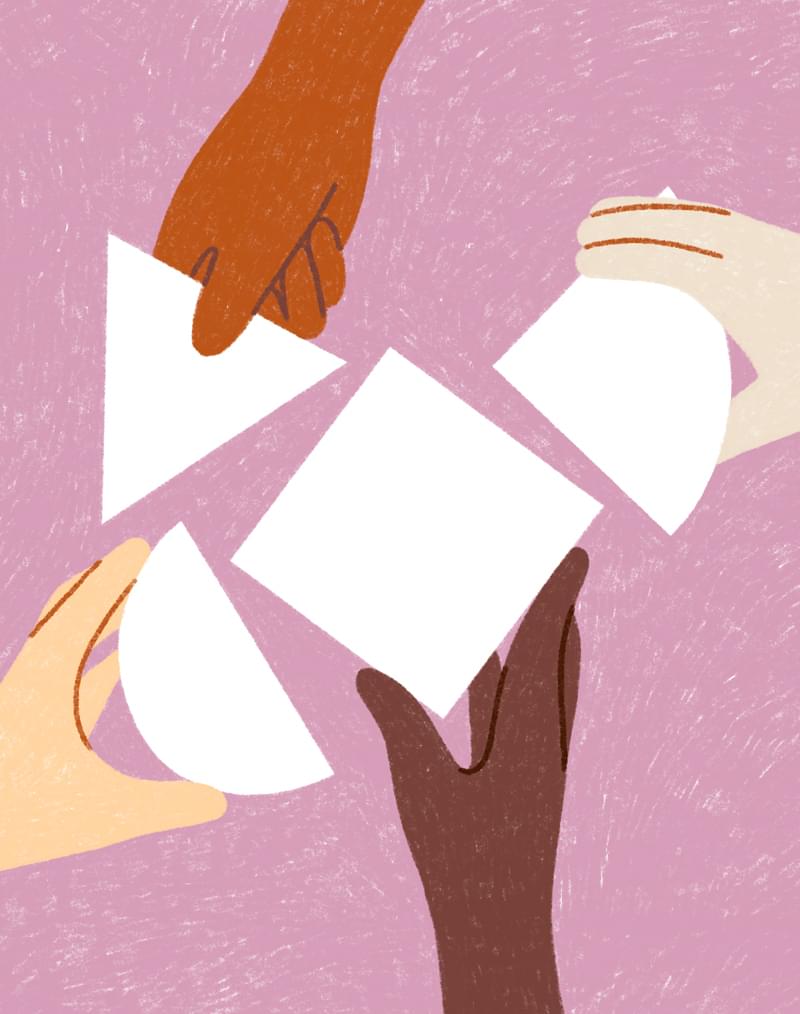 5 components of a winning knowledge base article template 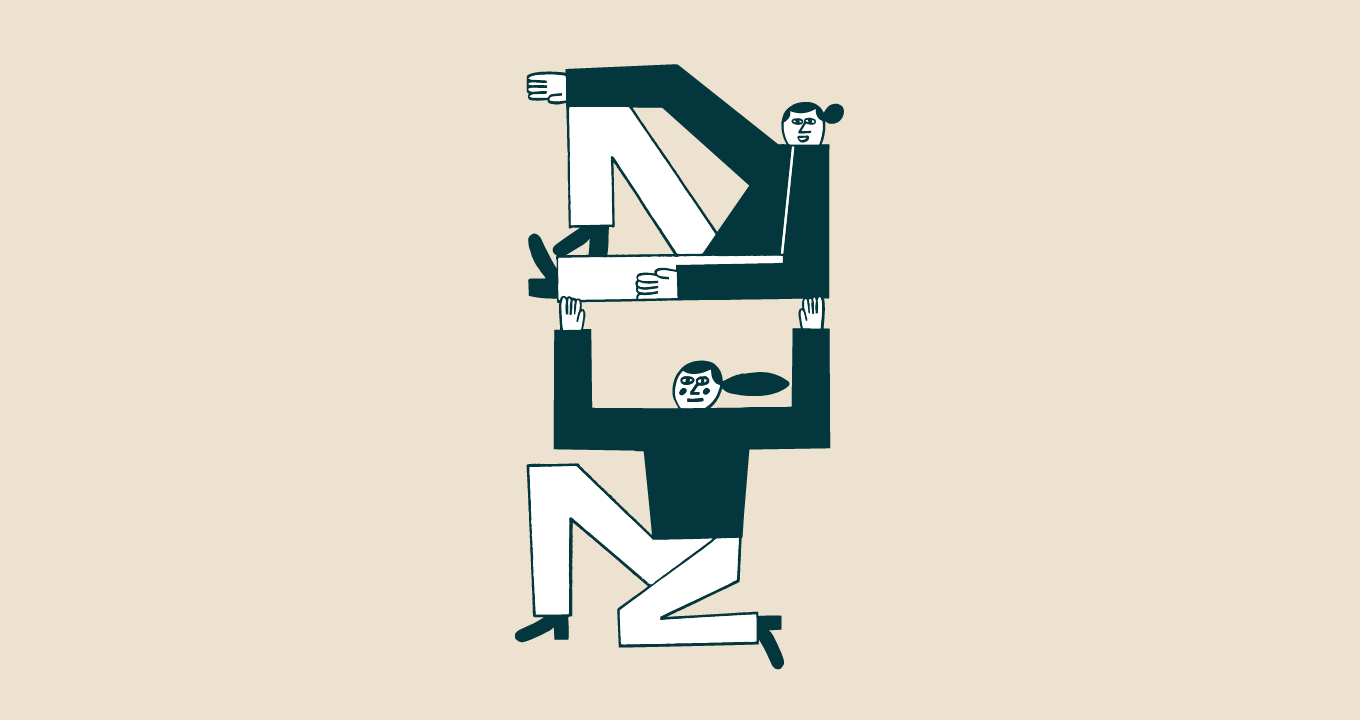 3 tips on how to improve your IT service desk

Unlike a help desk, a service desk is an IT function that traditionally supports a business’s technology infrastructure. Instead of helping customers, service desks support employees

Stop for a CX moment—3 companies taking a human approach

For some of us, sheltering-in-place may not have a clear end in sight. For all of…